If you, your spouse, or your child are an asthma sufferer, as one in twelve people in the United States are, and more flare-ups seem to occur when the temperatures drop outside, it might not be just due to the flu and cold season. It could also occur because cockroaches are often looking for a cozy place to stay during the winter...and your home might seem like a great choice. Since living with those pests is frequently dangerous for asthmatics and common pesticides often result in asthma exacerbation, it's best to discuss the following options with your extermination experts.

Understanding Why Cockroaches Are More Than Just Gross...They Can Be Deadly

It's important to note that the mere presence and life cycle of cockroaches is enough to be a problem for many asthmatics or allergic persons. The Asthma and Allergy Foundation of America, or AAFA, reports that allergies in general have become increasingly significant in recent years, with as many as three out of every ten children and four out of every ten adults experiencing them. Coupled with their statements that asthma, as an allergic disease, is the third most common health challenge for minors to be diagnosed within the United States and is the fifth in that category overall, it's obvious that what is being done now to address the concerns associated with allergies is simply not enough in many areas.

While medications to prevent allergic reactions, asthma attacks and all of the associated symptoms are a crucial part of good health for asthma and allergy sufferers, it's equally important to create a safe environment whenever possible. For instance, you might not know that the waste products of cockroaches are a known allergen, as is their saliva. In addition, American cockroaches typically live about a year and shed their exoskeletons numerous times during that time. Since their exoskeletons are also known for triggering allergic reactions, it's easy to see why getting rid of them is so important, but for asthma sufferers, regular pesticides aren't often the right choice, as explained next.

Creating A Safe Plan For Addressing The Cockroach Infestation

The fumes, chemicals and other aspects of common pesticides, including those you can buy from major retailers as a consumer and those that are only available to professionals, are known to trigger asthmatic or allergic reactions in many sensitive persons. Therefore, it only makes sense that avoiding those triggers whenever possible is of the utmost importance, so non-chemical approaches to cockroach control is a good start. That includes determining why the roaches are present and removing the food source, open area, water supply, etc. that is appealing to them. In addition, closing, repairing or caulking their entryways is a good idea.

To actually kill the cockroaches, natural pesticides are often recommended. Diatomaceous earth is a popular choice, as it is a natural rock powder that interferes with the functionality of the cockroaches exoskeleton, resulting in death due to dehydration. Since the exoskeletons are triggers for asthma, you will need to devote some extra time to cleaning up the residue in the first few days after application. Baking soda, boric acid, and borax have also been used as bait with which to attract and then kill cockroaches.

In conclusion, cockroaches are generally poor house guests that are known for carrying germs, vermin, and allergens. If you or someone in your family suffer from asthma and you want to prevent the flare-ups from returning when it gets cold again, contact a company like Ace Walco & Sons Termite & Pest Control. 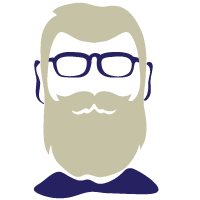 As someone who loves to eat healthy, the idea of starting my own garden was incredibly alluring. I wanted to walk outside each and every day to pick fresh fruits, vegetables, and herbs--so I started tilling the ground. I worked hard to make the ground near my home incredibly fertile and perfect for plant life, and it was really interesting to see how big of a difference we were able to make. Within a few months, I was able to eat a healthier diet, and I knew that I owed it all to my new lifestyle. Check out this website to learn more about gardening.